Located in the heart of campus, Brooks Field is a top-flight baseball facility that will continue as the site of the CAA Baseball Championships in 2010 and 2011. Brooks Field has hosted the postseason championship since 2004.

Named in honor of former head coach and athletic director William J. Brooks, the facility has a trio of regulation fields for games, practice and summer camps.

The main field has a natural playing surface surrounded by an eight-foot wall with dimensions of 340 down the lines, 360 in the power alleys and 380 in center. Seating capacity is 3,000 for the stadium, which has an irrigation system to insure ideal conditions.

The complex also includes a three-story press box, featuring restrooms on the ground floor and a working office area on the second level. The third floor provides space for game operations and media coverage.

New AAA-rated lights were installed in the fall of 1998 to give Brooks Field one of the best venues for night baseball in the state.

In the spring of 2001, the facility received several substantial improvements, including the addition of permanent seating on the first and third base sides, construction of a picnic area and the complete renovation of the dugouts.

Most recently, the beautiful facility was spruced up with a new scoreboard and sound system in preparation for the CAA Championships. This spring will mark the 10th time the  facility has hosted the CAA event after titles were decided in 1989, 1990 and 1993.

The field has also served as the home field for two professional teams. During the 1995 and 1996 seasons, Seattle's AA affiliate, the Port City Roosters, played at UNCW. The  Wilmington Waves, a A affiliate of the Los Angeles Dodgers, played at the facility in the summer of 2001. 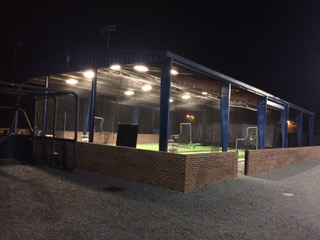 Seahawk Baseball Academy LLC are open to any and all entrants (limited only by number, age and gender).